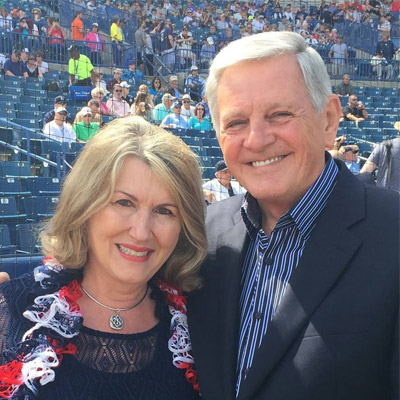 From the humblest of beginnings, both John & Mary K. Wilson have crafted a lifetime of hard work, dedication to their craft and their community. Soon to celebrate their 50th wedding anniversary, it was John’s decorated career in television news that brought the Wilsons to St. Petersburg in 1981. Since then, both John and Mary K. involved themselves in countless charitable efforts establishing themselves today as a cornerstones of the Tampa Bay area for more than 30 years. In 2014, John Wilson retired from a 50-plus year career in television as an Emmy-award winning television news anchor and reporter, but his passion for his local community outshines his awards. They still perform regularly on stage, often with the Florida Orchestra, donating their time and talents wherever possible. And Mary K. Wilson did much more than just help raise their three boys. A professionally trained Opera singer, choral director and conductor, she is now one of the most sought-after vocal instructors in the Tampa Bay region, after having directed a handful of choirs at a number of churches over the years. Her passion for music education is a driving force behind the Foundation’s music scholarship program.