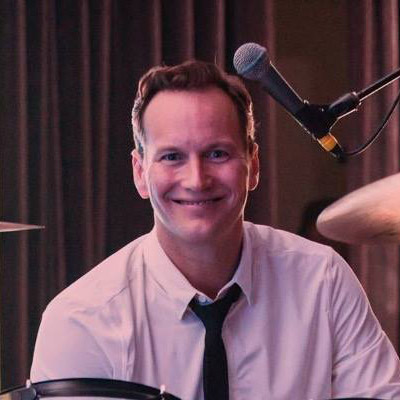 Youngest son Patrick’s star has shined brightly since his early days at high school in St. Pete. Today, Patrick is a two-time Tony award nominee for his work on Broadway and has received critical acclaim for his acting and singing both on television and in movies. He’s starred in HBO’s Angels in America, the film version of Phantom of the Opera, CBS’ A Gifted Man, Watchmen, Little Children and the A-Team to name a few. In 2014, he starred in James Wan’s box office smash The Conjuring and January 2016, he was nominated for a Golden Globe award for his role on FX’s Fargo. Patrick also sings in The Wilson Van when his schedule permits, but he enjoys playing drums just as much.