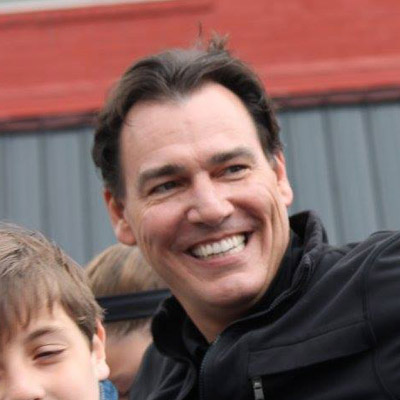 Eldest Wilson son Paul owns the successful Wilson Media & Advertising in St. Petersburg, a firm that he founded in 1999. He’s piloted some of the most well respected brands including the Don CeSar Resort & Spa, Marriott International, Broadway Across America, the Florida State Fair and Verizon Fios. Paul is also a professionally trained actor and singer, appearing in a number of films, most recently along with his brother Patrick in Big Stone Gap, the film adaptation of Adriana Trigiani’s best selling novel by the same name. Paul is also a singer and whether it’s Sinatra, Elvis, or The Wilson Van, Paul knows how to command the stage.